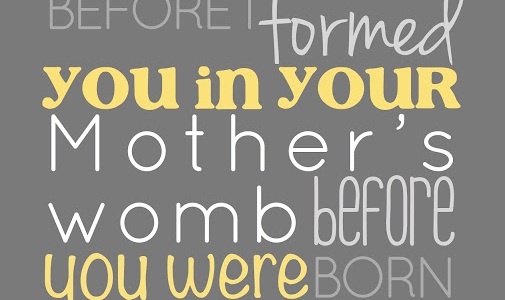 In my blog “Part 3” I shared about our miscarriage. I shared the following experience on my Facebook page last October 15th, 2014 on “Remember your Babies Day”. The amount of support and encouragement I received that day is a big part of the reason why Wine & Myrrh exists. My story had touched others and I felt the Lord prompting me to continue to share more of my story and revealing more of Him along the way. 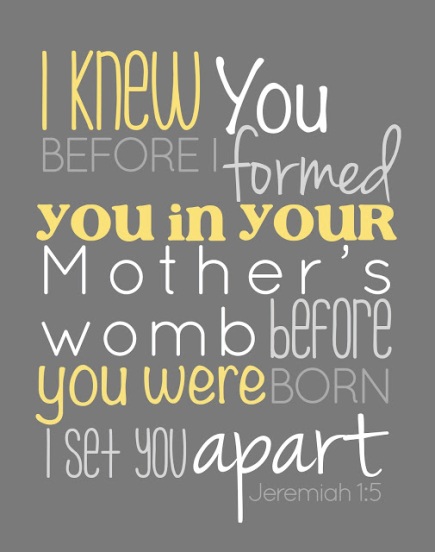 There’s more to the miscarriage story: Before I got pregnant I had been praying quite a bit about getting pregnant again and I felt the Lord asking me to be more specific and share with Him my heart’s desire… So, I told him that my hearts desire was for a beautiful little girl with brown hair and blue eyes. I imagined a small little girl with long wavy hair and blue eyes like my mom. (The brown hair wouldn’t be a stretch, but the blue eyes were a long shot with such a strong gene for dark brown eyes). We NEVER shared the pregnancy or miscarriage with our boys….

Fast-forward a few months… Gabriel told us he had gone to Heaven again. He told us a few details and then he nonchalantly says this… “Oh, and I met my sister while I was there.”  I still remember my heart skipping a few beats. “What Gabriel?!?! What do you mean??” I asked. “Yes, I met my sister, she went straight from mommy’s tummy to heaven”. I had to take a few deep breaths and brace myself a little. How in the world did he know that? I asked him what she looked like… he responded. “Oh, she was really pretty with brown curly hair and BLUE eyes”.  I only remember sitting there shocked and in awe. “How did you know she was your sister?” I asked. His response didn’t give me the detailed answer I was looking for. He somewhat shrugged and just said, “I just knew it was her.” God is so good. Our baby girl is up there with my grandparents and others waiting for the rest of us to join her.  I have such a deep longing to see her beautiful face… I have another Liliana Sophia here on earth and she will be 3 years old this year.  When I imagine her with blue eyes… I believe I am able to have a glimpse of our Liliana Sophia who is waiting for us up in heaven.

So many of us have loved ones that we hope have gone to heaven before us. Although it ought to be a time of celebration that they are experiencing the King of Kings, it doesn’t take away the pain of not having them physically in our lives anymore.  If I can reassure you of one this it is this. God is Good. SO SO good. If you have had a miscarriage or lost a child, without a shadow of a doubt I can tell you where they are. Why? Because God is good. Heaven exists and where else would an all-loving Father place His children except near to Him. 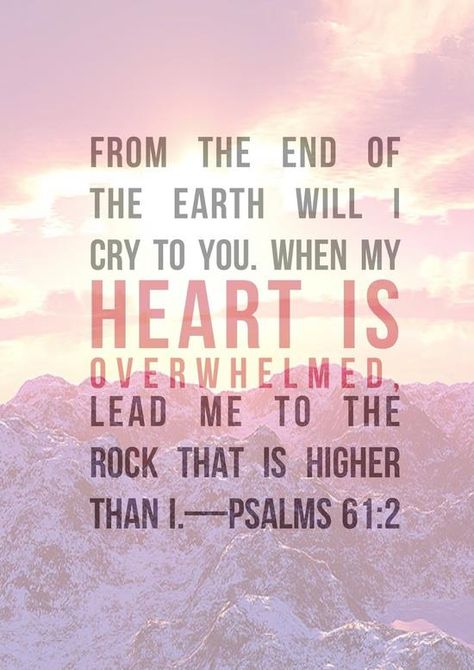 Super Natural Experience #5 – The Faith of a Child

Around the same time we were hanging out as a family and Gabriel says, “oh, I forgot to tell you something about heaven.”  From everything else he had told us, of course we were “all ears”.  He said that he had seen the throne room and had seen God’s and Jesus’s throne up close. He started out by telling us that both thrones where covered with the word LOVE in all different languages and that one of the thrones was made out of gold and the other out of silver.  I asked him, “what else did you notice about the thrones?” He said, the Gold one has a star at the top and the silver one has a big heart.” Without a doubt, there was at least one question remaining… “That’s awesome Gabriel, who was sitting in each throne?” Gabriel said, “Jesus is in the gold chair and God is in the silver chair.”   I had him. I knew I had caught him fibbing… I just knew it.  Mind you, Gabriel was only 5, what did he know about the value of gold or silver? . “Gabriel, are you sure God was in the silver chair and Jesus in the gold chair?” “YUP!” “Hmmm, are you sure?” “YUP!” “I would have thought God would be in the Gold chair and Jesus in the silver.” “Oh mom…. God loved Jesus so much that he gave him the Gold chair.” I rest my case. No rebuttal. Gabriel clearly knew better than I did. Now THAT is the faith of a child. Simple. Out of the box. The  unconditional LOVE of our heavenly Father towards His own Son.

I pray that my experiences encourage you to seek God and then seek Him some more. Cry out for Him to show you all of Him… to get to know Him more. He is good and has SOOO much more in store for YOU. For all of us. Everyone has a different story, but God gets to use our whole story for His glory. All of it. It is NEVER too late.

Do you have a ‘lil one in Heaven? I would love to hear your story. 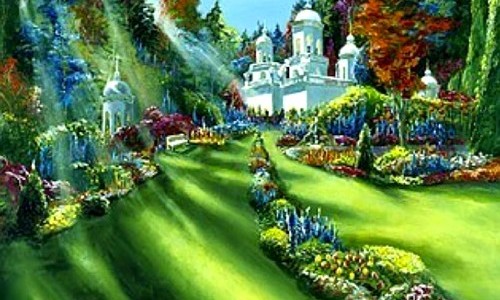 During CSSM, Jorge and I had heard this song in Spanish by Elias Arguello of DimensionCielo. He and his wife dedicated themselves 1000% to worship day in and day out and began to hear angels sing along with them. Jorge and I believed it to be true and prayed and prayed and PRAYED some more that we would be able to hear them too. Listen for yourself:

A few months after beginning ministry school (CSSM), we had an unforgettable moment with our son Gabriel who would have been 5 at the time. One night he went to bed with a low-grade fever. Around 1:30 in the morning Gabriel woke up, so I went into his room with him. I started to pray for him but I had a really strong sense that I needed to get Jorge. I went and got Jorge and we prayed over Gabriel for almost an entire hour. (An hour? That’s a miracle in of itself at 2am). We felt as though Gabriel’s fever was better so we went back to bed….

Only I couldn’t sleep… Gabriel had gone back to bed, as well as Jorge. Jorge fell asleep immediately. As I was laying there I started to hear musical bell sounds. I looked at my phone… nothing. I looked over at Jorge thinking maybe he had music on his phone… nothing. That’s when my eyes open up wide and I took in a really deep breath…  I KNEW that I was hearing the angelic sounds we had been longing to hear. AHHHHHHHHHHHH!!!! 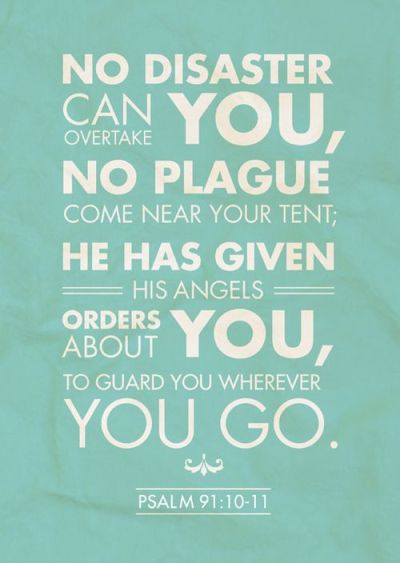 The next morning I awoke and stared at Jorge waiting for him to get up. He finally did and I blurted out “You’ll never guess what I heard last night?!?!” Immediately he responded “You heard them too?!?!”. He had been woken up at 3:30 am hearing the same angelic bells, only Jorge jumped up and ran around the house in hopes of seeing angels. He says he would have jumped through a hole in the wall if he would have been able to follow the sound. 🙂

As if that wasn’t enough….

About 5 minutes later Gabriel came into our room with a HUGE smile on his face. He blurted out, “I’m not sick anymore!”. We asked him, “how do you know?”
He responded super excited, “Jesus healed me!”
“How do you know that?” He responded, “Jesus and God came to our house last night.”
“Oh, really? What did they say?” He nonchalantly responded, “They took me to heaven.”
“Oh, wow, what was heaven like?” He responded, “There is a big white castle in the middle with flowers on this side (left), and this side (right), and in the middle and behind.” (He was using his hands to describe the picture).
Jorge asked, “What colors were the flowers?” He responded, “They were all colors, like rainbow colors.”

At this time I remembered a picture of heaven that an 11-year-old girl (now 18) named Akiane had painted prophetically about heaven. I found the picture on my phone and asked Gabriel if this kind of looked like heaven: 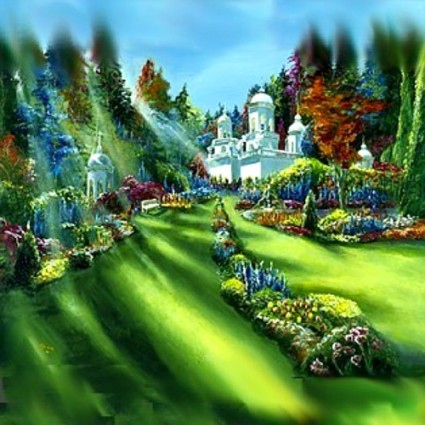 I can’t even accurately describe Gabriel’s response to me, but the look in his face is ingrained in my memory.  He was stunned. He looked at me very very sternly, “Mommy, who sent you that?” I shrugged my shoulders. “MOMMY, WHO SENT YOU THAT?!?!” I told him that I just knew this little girl had painted it. He said, “Look Mommy, that’s heaven! See… there’s the castle! Here’s the flowers on this side, and this side, down the middle, yeah, and look, there’s the tall skinny trees in the back!!”

Jorge asked, “Gabriel, what else did you see?” He responded, “God and Jesus are there sitting on their thrones. There are some kids there who used to be really really sick, but in heaven they aren’t sick anymore, so they decided to stay in Heaven.”

Then Jorge had ONE last questions, ” How did you get back to your bed?Did you come back through the fireplace?” We could have never been prepared for what Gabriel was about to tell us.  Gabriel’s response floored us… he said, “No, not through the fireplace. They just brought me down through the roof, but as I was coming down, I saw angels surrounding our house.”  (Angels surrounding our house?  I’m still in awe. Before this moment I had been pondering the idea that Jorge and I were a little on the crazy side. Could those have been the same one we heard a few hours earlier?)

Coincidence that Jorge and I heard angels that night? We definitely know it’s not.

So, now what? We have yet to hear those same angelic sounds again and although I would LOVE to hear them… the Lord keeps showing us new aspects and dimensions of Him. But still… I think it’s time to start listening to that song again and usher more of His presence into our home.

Here is Akiane’s painting of Jesus that she painted when she was 8.
When I asked Gabriel who it was, without hesitation (just like in the book Heaven is for real) he said, “That’s Jesus.”  “I just know.” 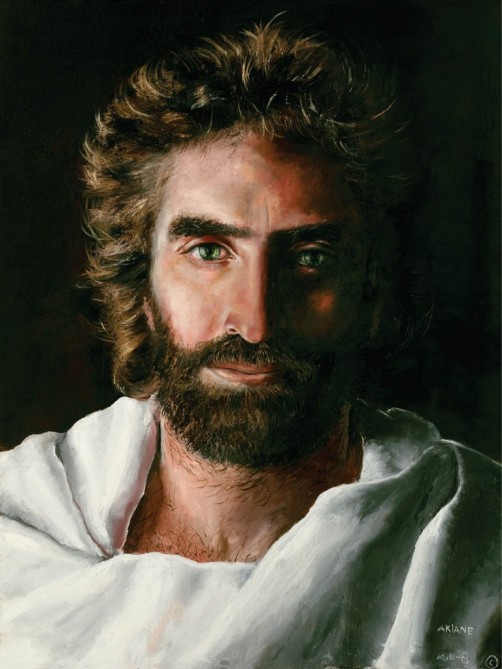 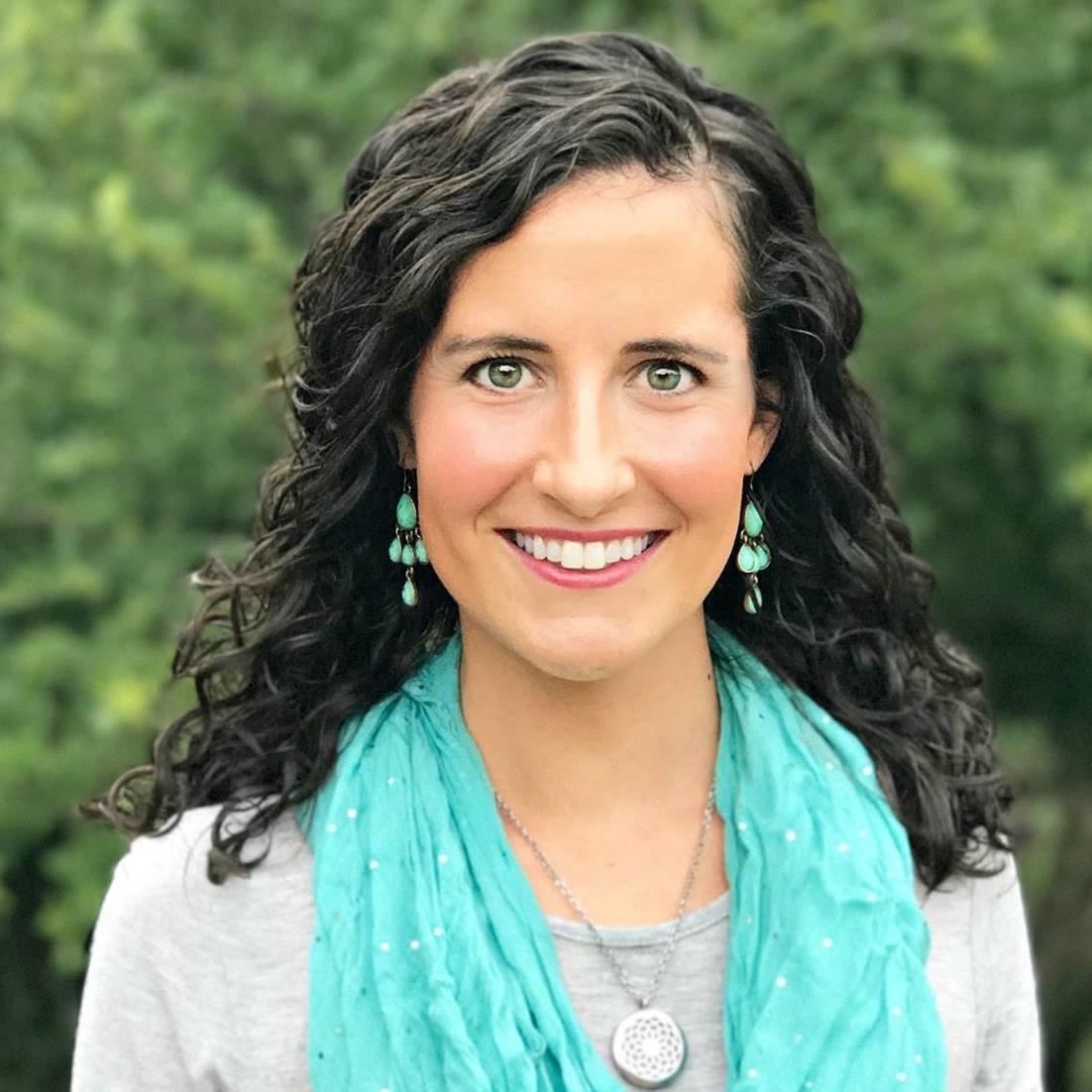 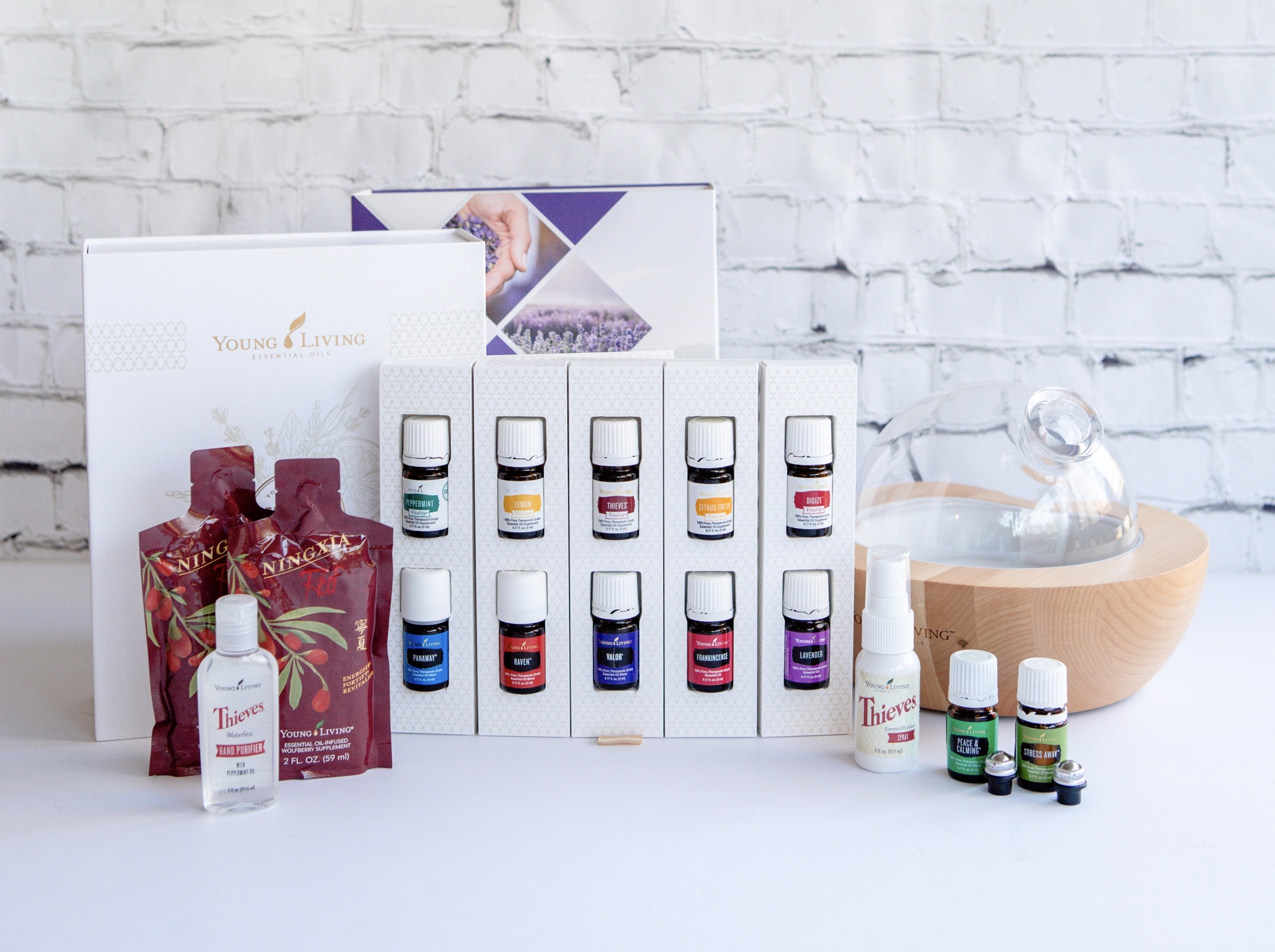 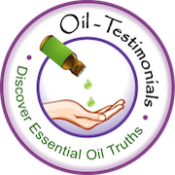